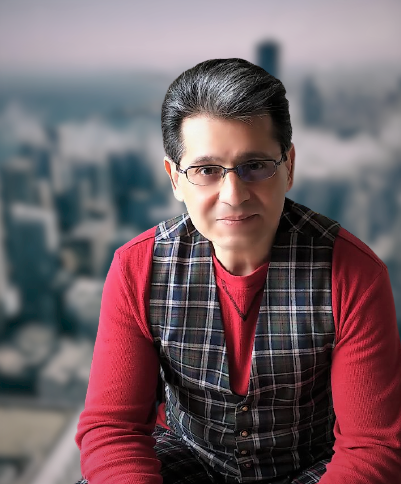 In this edition, we put the spotlight on Mosi Dorbayani, a renowned Canadian executive and cultural figure, who is noted for his award-winning books, and hit message songs.

Mosi’s activities and publications in field of ‘Cultural Diplomacy’ – especially on the role of music in raising social awareness and establishing dialogue were on Euclid’s radar for quite some time, but we are glad that finally we have the opportunity to share some of his unique views on this fascinating topic with our readers.

An introduction to Mosi’s book, ‘Cultural Diplomacy: No Bullet, No Blood’ states:

“Culture lies at the heart of human development and civilization. Long before countries develop economic or trade ties, the art, literature and music united the nations. Centuries of creativity, migratory flows and exchanges enriched common values around the globe. Cultural cross-over forged common understanding and rules, which often have established peace, stability, prosperity and solidarity.”

Speaking of solidarity, a very good example of that can be seen in Mosi’s message song, ‘Hopes in Chain’, which is voiced by American soulful singer, Yaya Diamond in solidarity with ‘Black Lives Matter’.

‘Hopes in Chain’ shows that artists and writers can use their talents and skills to promote and defend human rights, and through their productions, strive for making a difference in combating racism in their communities and society at large.

Another remarkable example in which music have contributed to social understanding and dialogue is ‘To Whom It May Concern’ – a message song to highlight the UN’s World Day of Social Equality and Justice. This deep and meaningful song which is also written by Mosi and beautifully performed by Canadian singer/actress Kate Todd, invites everyone to remove barriers that people face because of gender, age, race, ethnicity, religion, culture or disability.

According to Mosi, “Cultural Diplomacy is not always with a capital ‘C’ and a capital ‘D’ – like United States influencing Soviet Union through its popular culture during the cold war. Sometimes Cultural Diplomacy comes to effect with a small ‘c’ and a small ‘d’, i.e., raising tolerance, establishing understanding and dialogue among smaller and more diverse communities. Or applying cross-cultures and arts to facilitated change in a local community, or uniting communities behind a common cause through arts and music. Or raising awareness and social bars in a society through songs, festivals, shows and artistic productions. And of course, on that note, writers, vocal artists, creative minds, performers and contributors are in fact the true cultural diplomats.”

To learn more about this fascinating topic, consult Mosi’s book which is available from Barnes & Noble in the US, and Amazon Books worldwide. Also, you can follow him on Facebook or Instagram at:

Walking gallery, Paso Gallery
5 Benefits to Switching to Smokeless NRT
Here are Some Great Gifts for That Special
SUPERMODEL LISA CHRISTIANSEN OPENS UP ABOUT BOTOX, HYDROFACIALS,
EDOBIO Essentials: Introducing Our Latest Seasonal Offering for
Kim Gravel, The Queen of QVC And Her