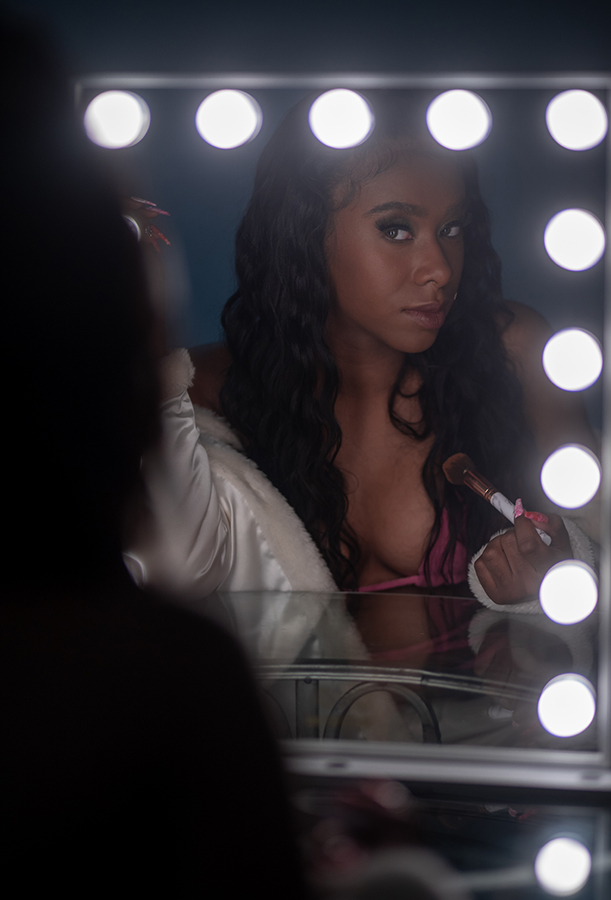 Zoe.L is a recording artist and singer-songwriter born in Toronto on July 19, 2004. She is graduating from a Canadian Performing Arts High School next year. The vocal major has her sights set on new adventures and is eager to spread her wings internationally to break new ground on the global music scene. With dozens of unreleased songs in her vault, Miss. Z is happy to explore sync licensing deals through her indie label, Liberty Media Productions Canada Inc. Meanwhile, Zoe.L is cast in a contemporary adaptation of The Oedipus Trilogy: Antigone—a theatre/film hybrid about a play, within a play, that is debuting at the Toronto Fringe Festival, June, 2021.

It was a freak accident.  A YouTube DIY project about how to make hot sugar wax in the microwave left ZOE.L permanently scarred for life when the bubbling liquid spilled and she suffered third and fourth-degree burns to her right hand and left knee. The model, actress, and singer-songwriter say that the pain number was eleven out of ten. Zoe.L’s blood-curdling scream was heard by neighbors down the street in north Ajax by the Lake, the hometown where she grew up, east of Toronto. It was the Easter weekend of the first lockdown in Canada—she wrote I Want Them All after the accident, which sidelined the Rep soccer player with recovery after knee surgery. The Toronto-born, British citizen, who has been on her music grind since 2014, instead of feeling too sorry for herself, started exploring new genres. I Want Them All is a mashup of Pop, Dancehall, Hip Hop-Rap, and R&B. Music “therapy” aided in her healing process.  Thankful for prayers, she drew on her faith and Caribbean roots by employing Jamaican English “Patois” to pay tribute to her ancestral heritage. By the one-year anniversary of the accident, the “recovery song” was mastered.

The passionate “Rep” footballer (soccer player), initially avoided an emergency room visit due to COVID-19, eventually got treated by an ER doctor who both administered pain killers, and scheduled her for knee surgery.

ZOE.L reflects on the accident in the song’s chorus, “Skipped over crying and went to go ball”— the catchy hook speaks to the human spirit of resilience. ZOE.L’ Arts Project enlists the global community to submit homemade dance videos to LibbyRecords.com.